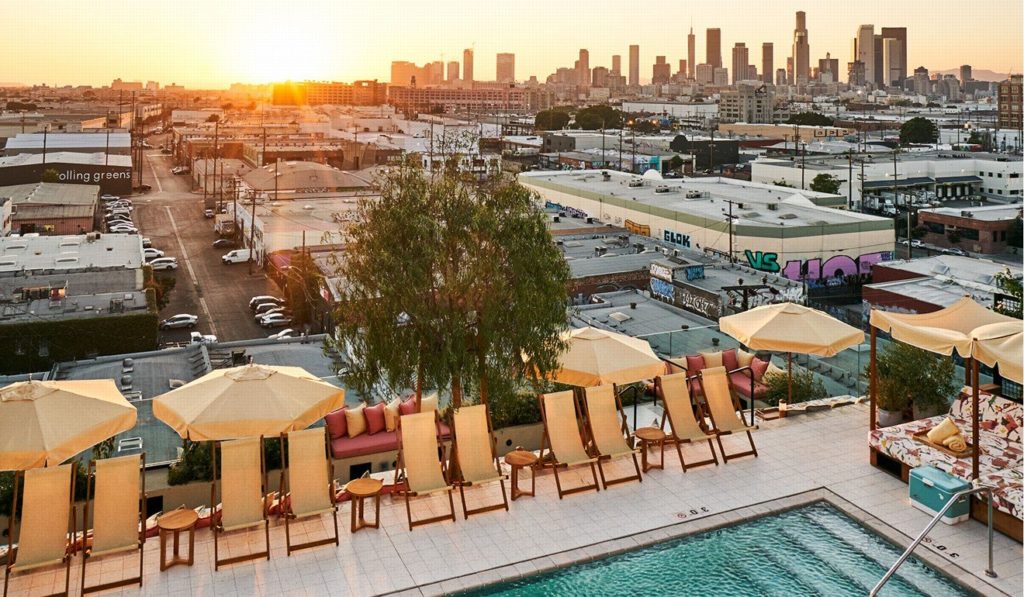 As a long time downtowner, it’s been stunning to watch the speed of transformation (or as some would say, gentrification) that has occurred across this part of the city. Recently, the Arts District has gone from a gritty neighborhood to a new hot spot for high end dining, cultural experiences and shops. The newest example of this trend is Soho Warehouse on Santa Fe, the latest LA edition of Soho House, an exclusive members-only social club with locations across the globe.

Last week, I joined our Creative Director there for dinner to check the place out. The food was delicious (definitely try the salmon), but the view was even better.  Dining on the rooftop pool deck, the view of Los Angeles is breathtaking. Facing west, we watched a smogless sunset as the lights of Downtown began to glow. The city looked dreamy. 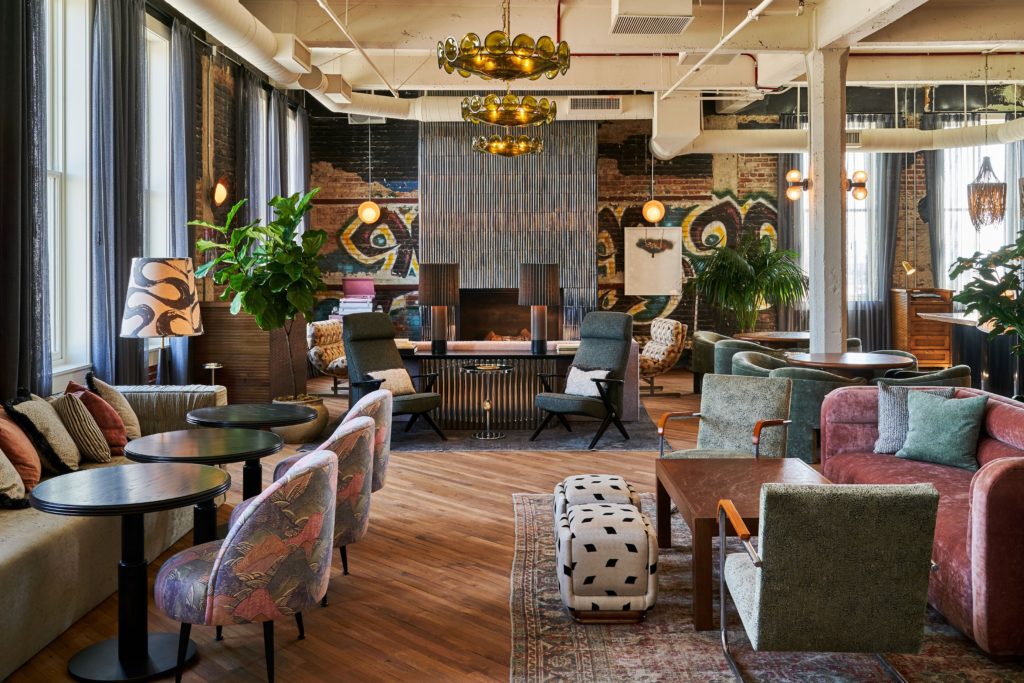 Occupying a 1916 building that was once home to a metal and plumbing supply company and, more recently, rehearsal studios used by musicians, Soho Warehouse is an intelligent mix of past meets present. Inspired by the building’s history, the decor blends 1920s glamour with 1970s urban cool. Designed by Soho House & Co.’s in-house design team, the space has a number of flourishes that the storied club’s luxe West Hollywood and Malibu locations lack. But the most obvious is edge.

The Arts District is the creative epicenter of LA, and Soho Warehouse celebrates this area with artistic touches by local artists. The club’s designers commissioned Genevieve Gaignard to install a stairwell-based wallpaper leading the way to the 7th-floor rooftop bar. On the other side, an 18-by-6-foot acrylic on canvas mural by LA-based artist Paul Davies matches the decor with the official “Lemon Yellow” shade that’s unique to this SoHo House. A Sheperd Fairey mural leads the way to the lobby entrance.

Soho House’s most important membership criteria? Possession of “a creative soul.” But just what that creative soul looks like is interpreted differently depending on the neighborhood you’re in. With a unique blend of industrial chic and vintage accents, Soho Warehouse hopes to attract artsy Downtowners rather than the typical Hollywood crowd. Unlike some of the Warehouse’s sister properties, there won’t be any film premieres. There isn’t even a screening room. Instead they hope to stage cultural events like interactive workshops, live music, and art talks.

Downtown has long been the place for creative souls. Now they have a new place to gather.