In the Studio: Nelson & Olive Oil 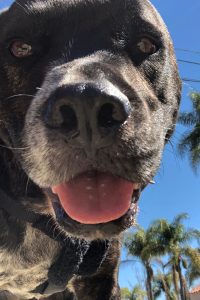 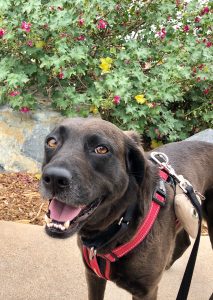 These design dogs come to the studio with their owner Sean Marleau, Flux Branding Senior Art Director. They definitely garner more attention from co-workers than Sean does.

Nelson is the most mellow and lovable Pit Bull you could ever meet. While Olive Oil just wants him to play all day. These two adorable rescues make life at the studio sweeter whenever they visit. Nelson was adopted as a puppy from the Villalobos Rescue Center in the Antelope Valley. Originally named French Fry, his owners felt this was not quite right. So his music loving parents renamed him Nelson after Willie and Prince Rodgers Nelson. A few months after his adoption, like his famous namesakes, Nelsons star power was confirmed. He had appeared on an episode of Pit Bulls and Parolees (S3E9). Nelsons origination story was revealed. Both he and his brother were  rescued from somewhere in the Mojave Desert. He really hit the jack-pot!

Olive Oil came all the way from New Orleans.  The Villalobos Rescue Center had relocated to New Orleans and  long time volunteer, Louise was fostering Olive Oil  in Los Angeles. Olive has the silkiest coat imaginable. Like she is bathed in oil. The name definitely fit for this 2 year old rescue. Where as Nelson is a high desert dog Olive Oil is a “swampy”, that’s a stray with mange living on the outskirts of the city. Louise recommended the dog to Sean and his family and one look at her underbite sealed the deal for everyone. We are so lucky that they come to the office and play with us.

Many animals are in need of a good home. Please consider adopting a rescue pet. Below are links to additional rescue organizations in the Los Angeles area: