The Rise of Blanding

Branding is about differentiation. But in the age of algorithms, it can be risky for brands to stand out.

We’re always making judgements. It’s how we get through a world of infinite choices. We pick what looks better, safer, smarter, happier, or whatever we’re seeking. We base our choices on a gut feeling that’s almost unconscious. It’s intuitive.

But in the age of social media, our opinions are constantly recorded. What you like on Instagram fuels an algorithm that attempts to reinforce your preferences with more, related content. As your profile is continually expanded with more and more judgements, the content you’re shown is increasingly narrowed.

Branding is about differentiation– it’s about finding your distinct flavor. But in the age of algorithms, it can be risky for brands to stand out too far from the pack. Aligning with peers is a strategy for brands to reach audiences through social media, but the result is a homogenization of the brand landscape. It’s called blanding.

Ruled by the dictum “less is more,” blanding is embodied by

Blanding is a visual style that’s

Blands by definition look the same. The style can be seen across all sectors, and major companies are rebranding to fit the trend.   If the point of branding is to express what makes you unique, why is blanding so popular?

History is constantly being reinterpreted through current norms. With the amplification of reactions through social media, brands have to think about how what they represent today will be received tomorrow.

The reach of online communications allows brands to reach wider audiences than ever before, but it also presents a danger. If the court of public opinion turns against you, reactions can trend globally. The consequences can be disastrous.

Strong brands have personality. They take stands. But it’s riskier to position yourself– you can’t be sure how your current message will age. With the eternal preservation of public posts, shares and images on the internet, brands are becoming increasingly cautious about self expression.

Blanding removes associations, attempting neutrality. As simple and streamlined as possible, there’s nothing that could alienate consumers now or in the future.

In the past few years, major luxury fashion houses have undergone this exact kind of blanding. Using all caps, san serif and bold type, their new word marks are a blank slate. Removing all flourishes and references, they erase their own history. Peter Saville, who rebranded the Burberry logo in 2018, said that he wanted the design to “look like it’s been there forever, but it’s still contemporary.”  Blands are out of time– they exist in a perpetual present.

On the surface, there’s safety in simplicity. But as the luxury rebrands show, there’s also a danger: bland creative that doesn’t deliver a message or make a memorable impact. It’s just there, blending in with the rest. 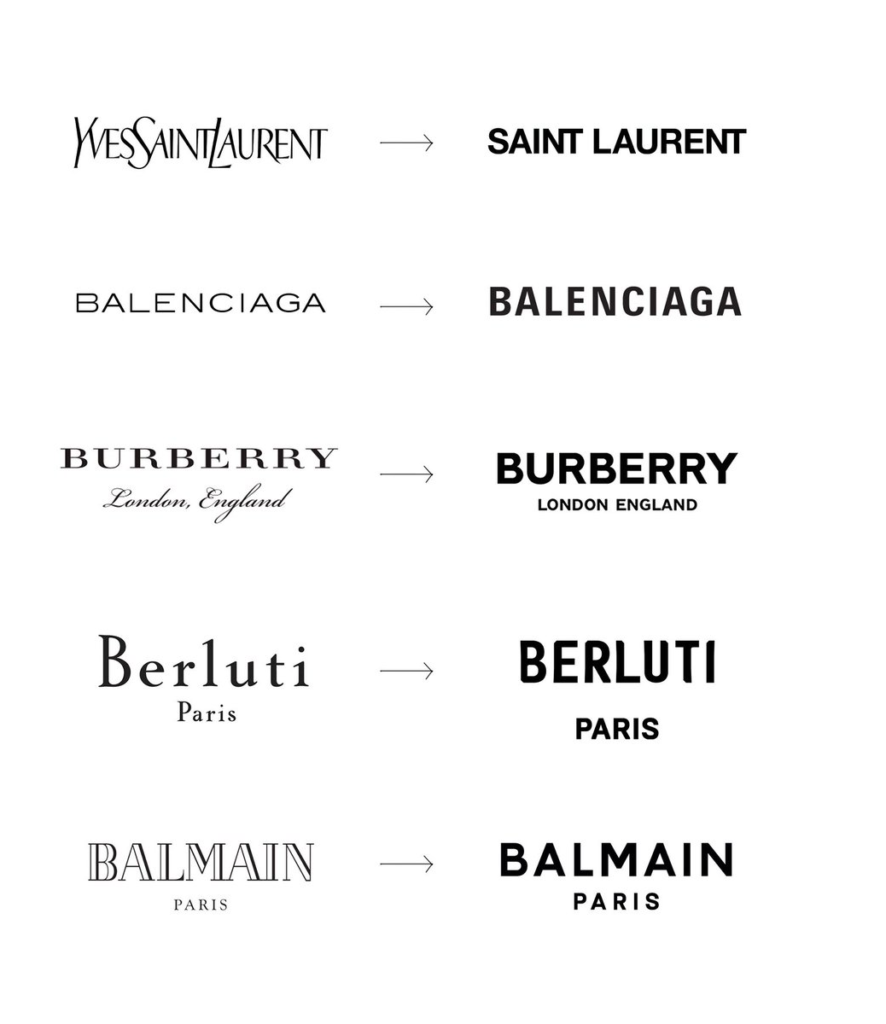 Blands all look the same, and that’s partly on purpose. Blanding is defined by a lack of historical references, but it’s also self-referential.

>Is associated with ease, improvement and innovation.
>It’s new and now.
>You want to be a part of it.

It’s no wonder that brands from across all sectors have moved to align with this message by adopting a similarly minimal aesthetic. The idea is to intuitively communicate similar promises– we’re faster, newer, better, easier. It’s also easy for the algorithm to associate look-alike brands together, boosting visibility. But the risk is being lost in a sea of sameness.

Aligning with peers can be useful, but it can’t be the core of your identity. Your brand should show why you’re unique– not how you’re the same as everyone else.

Design is a powerful tool, but without a distinct personality, promises and set of values, there’s nothing for people to hold onto. Looks capture their attention, but it’s the brand that inspires them to stay.

Blanding is a trend created by the power of visual associations.

The minimalist design aesthetic has come to be a shorthand for particular messages, making it a powerful tool for intuitive communication. Its association with the tech world evokes legitimacy and modernity, and its simplicity makes it non-threatening and easily digestible.

It’s not just product brands that have taken notice. Conspiracy theorists are using the language of blanding, too. 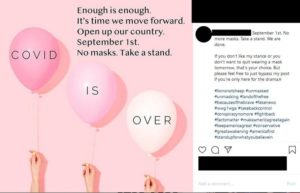 The Atlantic and Vox recently reported that misinformation associated with far right conspiracy theories is being promoted by parenting, fitness and lifestyle influencers on Instagram. With pastel colors, flat aesthetic and clean lines, influencers are using blanding to normalize otherwise radical ideas. It’s a major rebrand that plays on established visual references to change judgements.

But looks only go so far. No matter what you’re selling, looking streamlined, simple and innovative won’t be enough to inspire brand loyalty. That can only be achieved by following through on your promises.

When brands show up, they show their personality. Owning that authentic personality is what sets apart the brands from the blands.

Strong brands aren’t trying to be anyone else.

They know who they are, what they believe and how to effectively communicate their messages. Real brands stand out– not because they’re loud or elaborate, but because they’re authentic. They adapt to the times without losing sight of their core identity. Your brand is never static, but a strong brand should evolve to become more and more you.

Your brand is the salt. It’s the necessary spice that tickles the senses and elicits a response. It’s what keeps people coming back for more. Real brands have taste. Sour, sweet or spicy, they’re anything but bland.

> What flavor is your brand? Drop us a note and tell us about it.