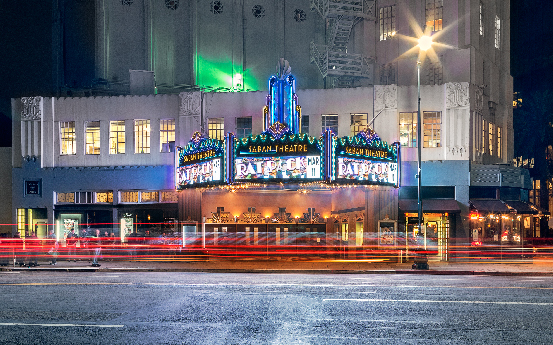 Beverly Hills Performing Arts Center is the largest active center for the performing arts in Beverly Hills. A historic landmark built in the 1930’s, the theater has been newly renovated to meet the needs of the modern world.

In 2008, Flux Branding repositioned the theater from “The Wilshire Theater” to “Beverly Hills Performing Arts Center.” The rebrand campaign was used to raise funds to successfully support the renovations. The Saban Theater bought the naming rights and the funds were used for a new marquee and sophisticated interior upgrades.

Nine years later, Flux redesigned materials with new photography to showcase the renovations. The project was delivered at cost as a way to contribute back to the arts in Los Angeles.

Over 18 years of experience with hundreds of brands, we know the path. Let’s take the first step.